Complete the form below to make an enquiry to Filmcote. We currently operate throughout the South West & Cardiff.

A member of the team will get back to you as soon as possible.

One way privacy film is a popular choice for those who like privacy in day-light. Those who are sat in the property are able to see out, whilst those looking in are only able to see a reflection. Here at Filmcote, we have supplied to many businesses  and domestic properties which are overlooked by passer-bys with one way window film – A perfect privacy option that’s needed when light is to still enter the room. Simply put, you can see out but not in. 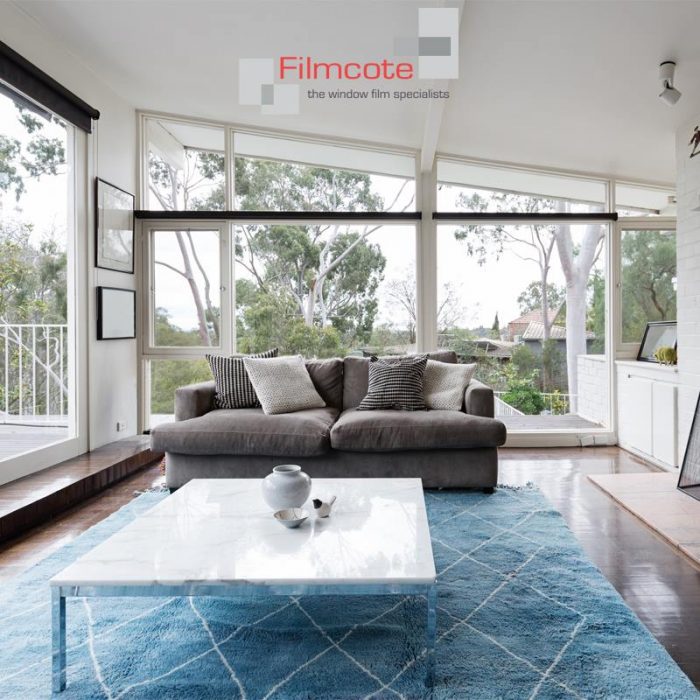 Unlike the frosted windows and curtains or  blinds are needed at night, much the same as they are with net curtains. However, unlike nets, one way window film is low-maintenance, gives a clear view of the outside world from within, and allows you to keep your decor clean and contemporary, without the dirt that collects on net curtains. It is a perfect solution to one way view curtains and window treatments.

Being available in dual-reflective formats means that at night, your windows don’t look like a mirror. Because lighting conditions play a vital role in the success of these films at night, if however you’re unsure on how this type of one way window film works, contact our team for a further discussion.

One Way Film Is an Alternative to Blinds

This unique kind of one way film glass means that anyone on the outside will only be able to see their own reflection, whereas people inside can still enjoy full view outwards. The one way window film is discreet enough to be used in any public building including hospitals, schools and universities without causing offense to visitors who can still see outwards but remain anonymous inside. The one way film is economical and discreet enough for any public building.

As shown above, businesses and homes can really make use of the one-sided film on glass windows or doors  – especially when sensitive information or valuables are always on display. Based in Bristol, our experienced one way film installation team throughout the South West including areas of Bath, Avon, Swindon, Somerset, Taunton, Wiltshire, Gloucestershire, and Cardiff will ensure you that your property is at less risk with the use of our one-side film.  With this solution,  your house and commercial windows you can see out but not in, are favourable to customers who require a little privacy.

Examples of our One Way Window Film Treatments 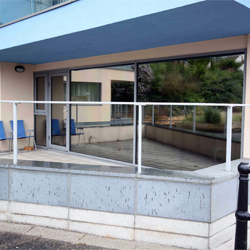 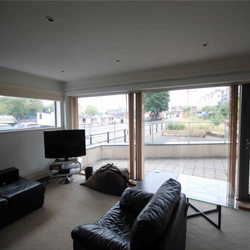 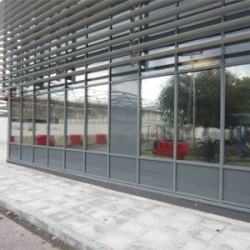 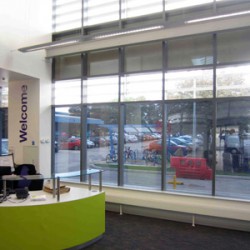 Mirror Type One Way Film for Safety and Security

One way window films are also known as one way mirror film, one way mirrored window tinting or one way vision films. With this type of privacy film, you can enjoy the view from inside without being seen. This reflective one way film limits visibility by up to 99% which is an excellent choice for commercial buildings where you want to maintain privacy but still be able to see outside.

This mirror type one-way window film is one of the most popular one way films used for security and safety across a wide range of applications. It can be used in private homes, commercial buildings and even in automobiles and car windows to prevent vandalism and car theft.

The mirror effect can be achieved both during daylight hours when there is ample lighting on one side of the reflective surface and nighttime conditions with well lit surroundings that provide enough light for illumination on one side of the glass.

There are two types of  one way mirror films. One way glass film with one reflective layer reflects light back from the side where light originates and allows it to pass through on the other side without reflecting it back. With one way mirror window tinting that has two layers, both sides reflect visible light but one also permits infrared energy (IR) to pass through while the other only reflects IR energy. As a result, one way window film tinting helps prevent fire while providing one-way visibility at the same time.

When privacy is an issue, one way window film is amongst the options available. Please contact us if you would like to discuss in further detail how our team of experts in one way privacy film installation can help and to find a solution that’s right for you.

Contact us today to find out how our Window Film can benefit your commercial or domestic property.

Enquire about window film for your property