Conservatories are wonderfully warm and light rooms – but we’ve all been driven out of them when the warmth and light become too much! An overheated conservatory quickly becomes unusable, wasting a potentially lovely space, and can act as a radiator for the rest of the house. Filmcote’s Conservatory glass film is the perfect solution for any conservatory or orangery that’s in direct sunlight throughout the day. Not only does it reduce the heat and glare to its extremes, but also cuts out over 99% of harmful UV rays and it also greatly reduces the cost of cooling down your space. 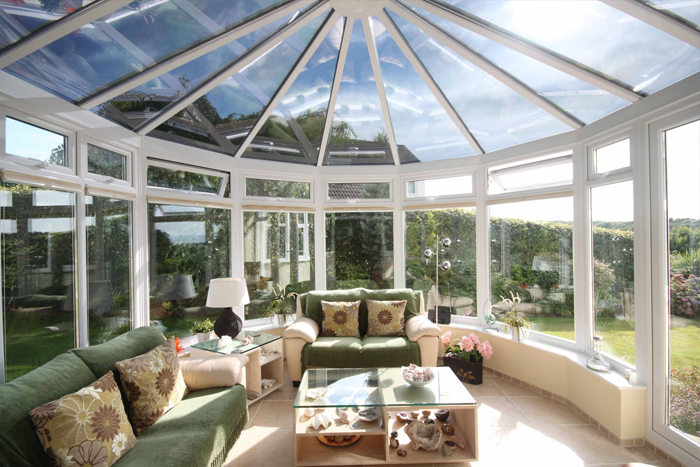 Conservatory window film solution provides a solar barrier for your conservatory and cutting up to 80% of solar heat, 85% of solar glare, and 99% of potentially damaging ultraviolet light. It’s stylish, affordable and still allows you to enjoy the view through the glass, which makes the conservatory glass film a perfect solution to help mitigate excess heat and glare, but also help by reducing the fading of furnishings caused by UV light. 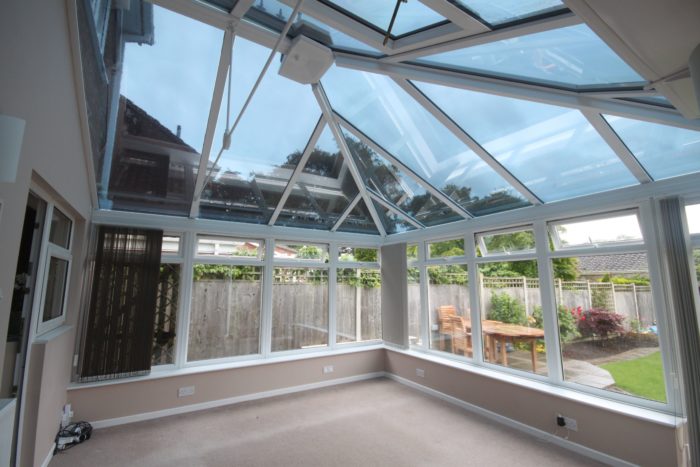 Working with many conservatories over the years, we can transform your conservatory from an uncomfortable hot-house into a cool and calm extension of your home.

Filmcote’s conservatory window & roof tinting is one of our most sought after solutions for use on open space and glass roofs, and not just because of its high quality performance but also a very low maintenance and easy installation.

A conservatory is a great addition to any home as it can be used as a room extension, but also boasts benefits such as the extra light that conservatories often get. Unfortunately, conservatories are not always perfect; they can lead to high energy bills (the sun heats up the conservatory) and there is often too much heat/light for some plants.

They are generally constructed as glasshouses, with large sheeting forming the roof and side walls to create an environment suitable for plant growth away from natural climatic conditions. Conservatory windows may be equipped with blinds or “shutters” that provide additional protection against weather, but Conservatories with glass film experience a huge heat loss reduction when compared to the one without it.

Conservatory window film conserves heat loss due to glass transmittance by up to 99% conserving energy loss .

Filmcote can help with conservatory heat problems, by providing glass film which helps keep rooms within conservatories cooler, reducing energy costs and helping your conservatory become more of an asset than a burden. Our conservatory window film remains on the glass throughout all weathers without bubbling up or peeling away like many other products on the market.

With our office being based in Bristol, we have installed many conservatory window films throughout surroundings areas including Bath, Avon, Swindon, Somerset, Taunton, Wiltshire, Gloucestershire & Cardiff.

“We are very pleased with the conservatory and windows, they really do keep out a load of heat and glare. We can now watch the TV with the blinds up, just as you said….”

Question: What are the benefits of Filmcote Conservatory Window Film?

Aside from reducing heat, Filmcote conservatory window film will also reduce glare and fading of items that are within the conservatory.

Question: Will it make my conservatory dark?

No. It will make it slightly darker but you will still get plenty of natural light through the side windows.

Question: Are there different shades of film?

Yes. We have a range of films and can advise you on the best glass film to suit your requirements.

Complete the form below to make an enquiry to Filmcote. We currently operate throughout the South West & Cardiff.

A member of the team will get back to you as soon as possible.

Contact us today to find out how our Window Film can benefit your commercial or domestic property.

Enquire about window film for your property